News and Events page is dedicated to offcial press releases, events and all recent articles from eSIX. 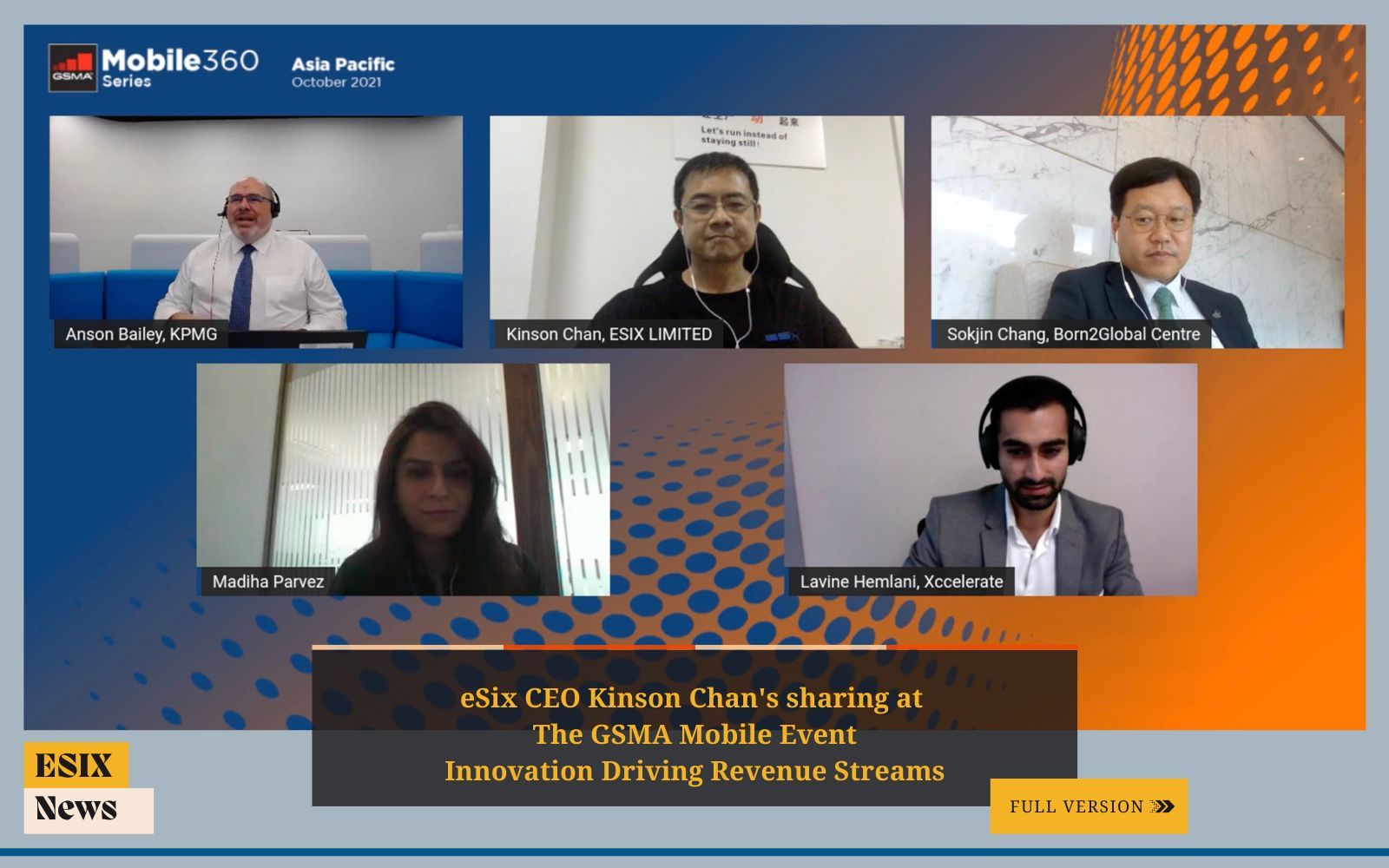 The GSMA Mobile 360 Series was successfully held on 20 October 2021 by GSMA. Thanks GSMA APAC for inviting our CEO Kinson Chan to be the speaker.  Kinson Chan shared how 5G technology is transforming the world in network and communications. With the advanced 5G technology, eSIX will keep innovating our world and make it a better place to live in.
Learn more 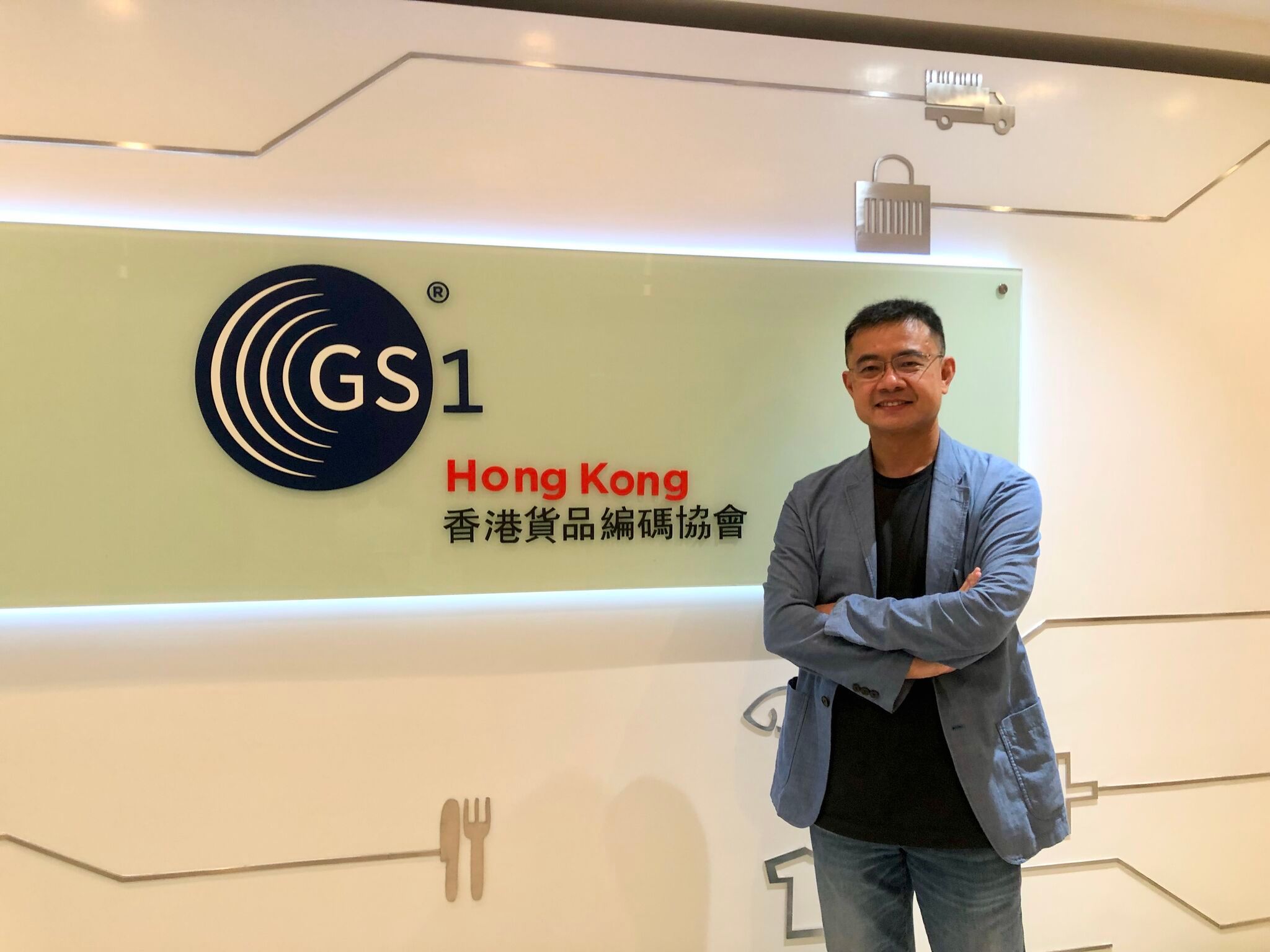 Guess why our CEO Kinson Chan is at GS1 Hong Kong! eSIX Limited had the pleasure of participating in the Hong Kong ICT Awards - Smart Mobility Award organised by GS1. We are grateful for this opportunity, and we believe that our solution edgeWares can contribute to the deployment of the smart city and make mobility "intelligent."
Learn more 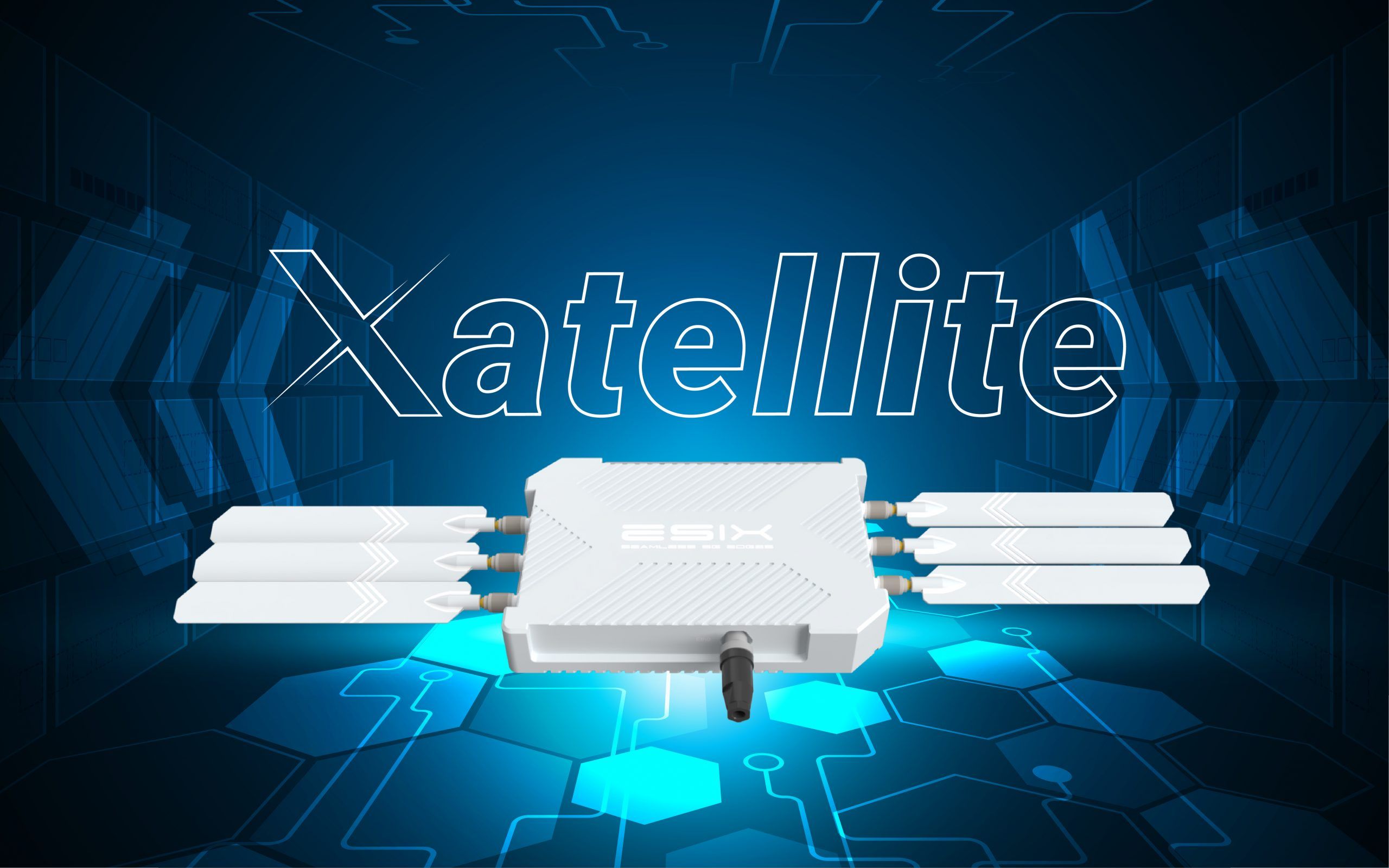 eSIX Limited officially announced the launch of their upgraded product series “Xatellite”. This industrial grade product is the second version of their 5G CPE, which is designed for transforming wired networks into wireless. Its purpose is to provide uninterrupted connectivity in extreme environments, allowing industries to augment their operations. Xatellite was carefully designed to resist harsh environments, such as extreme cold and hot temperature environments, preventing connection failures. In the first place, it is IP68, meaning that it is water and dustproof, and its cover is made of aluminum alloy. This material is not only strong, durable, and more resistant to corrosion, but it also releases heat, avoiding the malfunction of the product after being exposed to high temperatures. Secondly, the product is a built-in voltage stabilizer, which protects the device from malfunctions, increasing its life expectancy. In addition, its fanless design allows Xatellite to resist shock, vibrations, dust, and debris while operating silently. This feature also provides higher reliability and durability and lower energy consumption. Finally, because of its dual battery capacity, the 5G CPE of eSIX Limited can work for up to 4 hours without being connected to electricity. eSIX’s 5G CPE Xatellite is now available worldwide Both 5G and Wifi can be used with Xatellite. Its 5G capability supports Dual 5G module Dual SIM, making the connection more powerful. Moreover, if one of the SIM cards fails, the device will rapidly switch the connection to the other one, ensuring low latency and a safe operation. Its Wifi Capability supports Wifi6, which enables dual-band frequencies 2.4Ghz and 5Ghz, allowing different ranges, speeds, channels, and interferences depending on the needs of the user. The technology of eSIX Limited has proven successful in the past. For instance, the previous version of the 5G CPE (eCPE7010) was installed in the production center of YanTian and TianJin Port, factories and various tough environment scenarios. Through this, real-time monitoring and analysis of the operations, as well as for remote control of PLCs was achieved. Compared to the eCPE7010, this new version of the 5G CPE is much smaller in size and has stronger hardware. It also has a simpler appearance, resembling a satellite (therefore the name Xatellite). In addition, the chip was improved, perfecting the capabilities of the old 5G CPE. Xatellite is easy to deploy, users will be able to install them by themselves following the instructions provided with the device. If there is any inconvenience, eSIX customer service can provide the necessary support.
Learn more 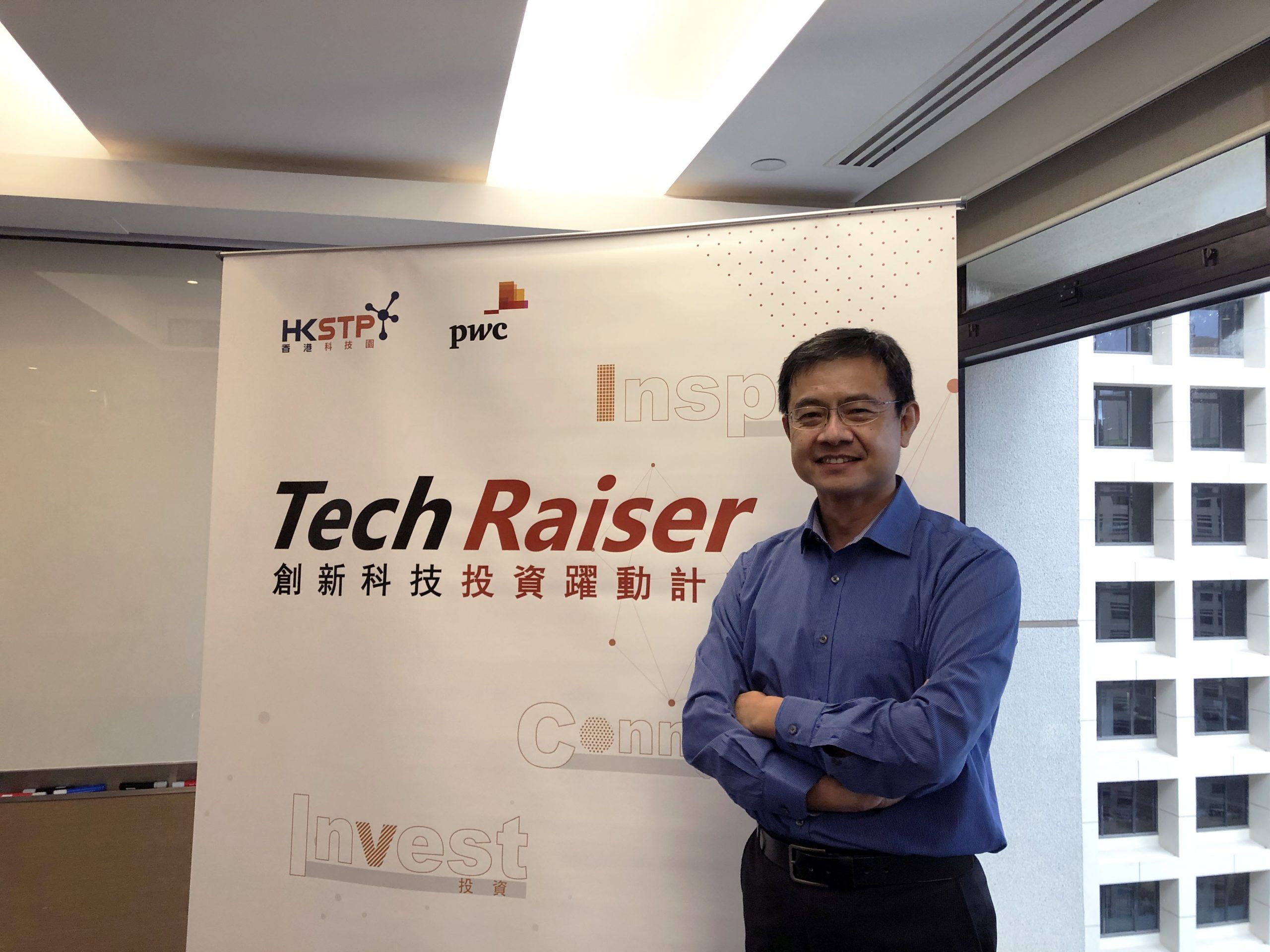 eSIX limited is always looking for opportunities to acquire more knowledge and the necessary tools to improve our company, products, and services, which is why we are here with PwC (PricewaterhouseCoopers) and HKSTP (Hong Kong Science and Technology Parks Corporation).
Learn more 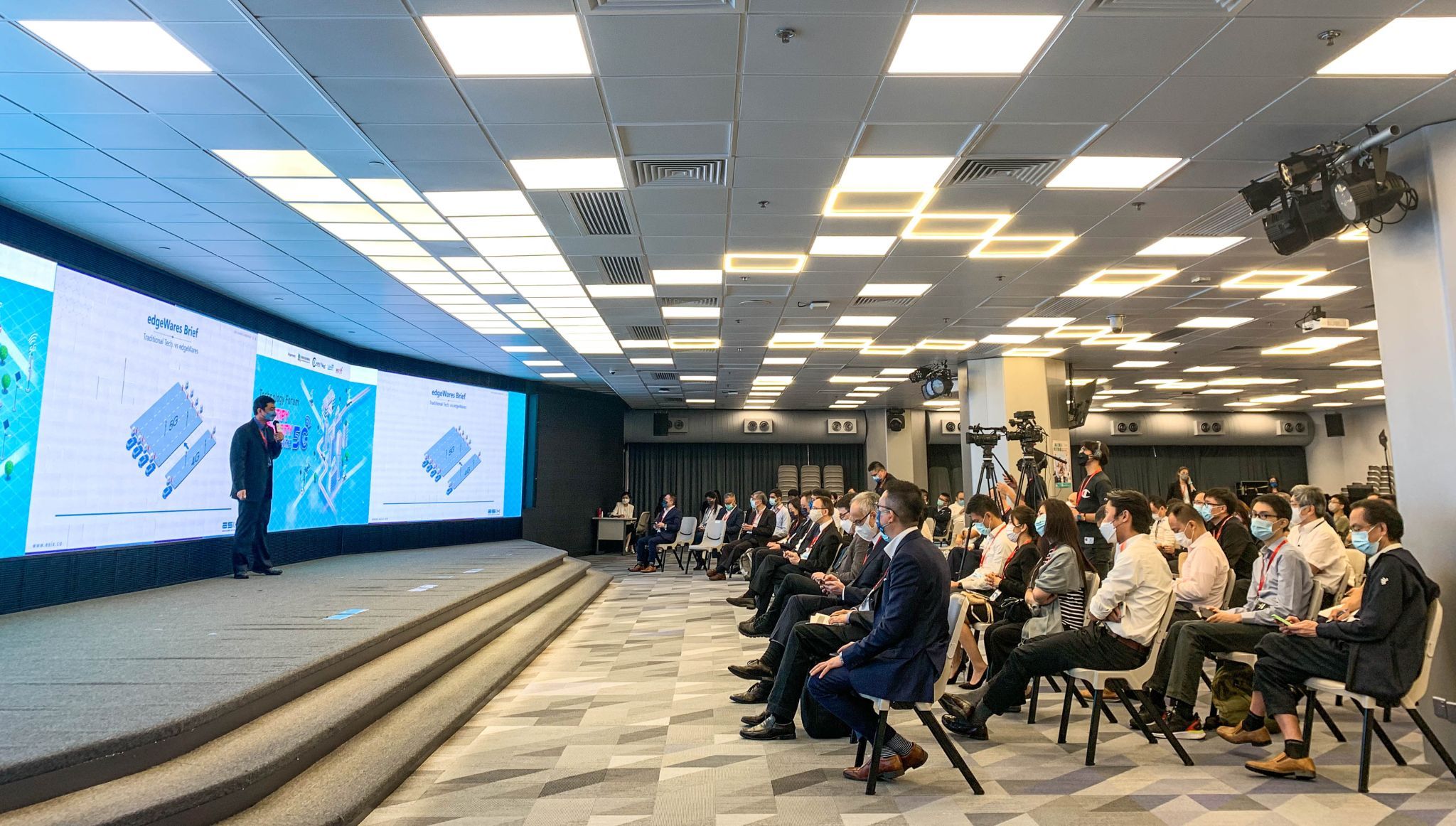 We had a great experience at the Technology Forum organized by OGCIO (The Office of the Government Chief Information Officer), HKPC (Hong Kong Productivity Council), Cyberport Hong Kong, and HKSTP (Hong Kong Science and Technology Parks Corporation). The forum, themed “Smartify the City with 5G”, gathered 300+ industry experts and government representatives to discuss how 5G can make Hong Kong a smarter city with higher quality of service and efficiency. Our CEO, Kinson Chan was honored to be invited as one of the speakers. He gave a speech about how eSIX Limited's edgeWares can provide a safe and effective solution to aid the deployment of the smart city.
Learn more

eSIX limited had the pleasure of participating in the Start-ups Mentorship Program organized by HKSTP (Hong Kong Science and Technology Parks Corporation). Guidance from experienced mentors is key to safeguarding our company's future and setting us on the right path to success. We are grateful for this opportunity, from which we have learned a lot. ![ESIX Limited's booth in the mentorship program held by HKSTP](https://api.esix.co/uploads/esix_mentorship_program_2_6b5b9cb5be.gif) Booth of eSIX limited ![ESIX Limited's CEO Kinson Chan (in the middle) was introducing innovative solutions to the participants in the mentorship program](https://api.esix.co/uploads/esix_mentorship_program_3_0c1a160c63.gif) Our CEO, Kinson Chan (in the middle) was introducing eSIX Limited ‘s innovative solutions
Learn more