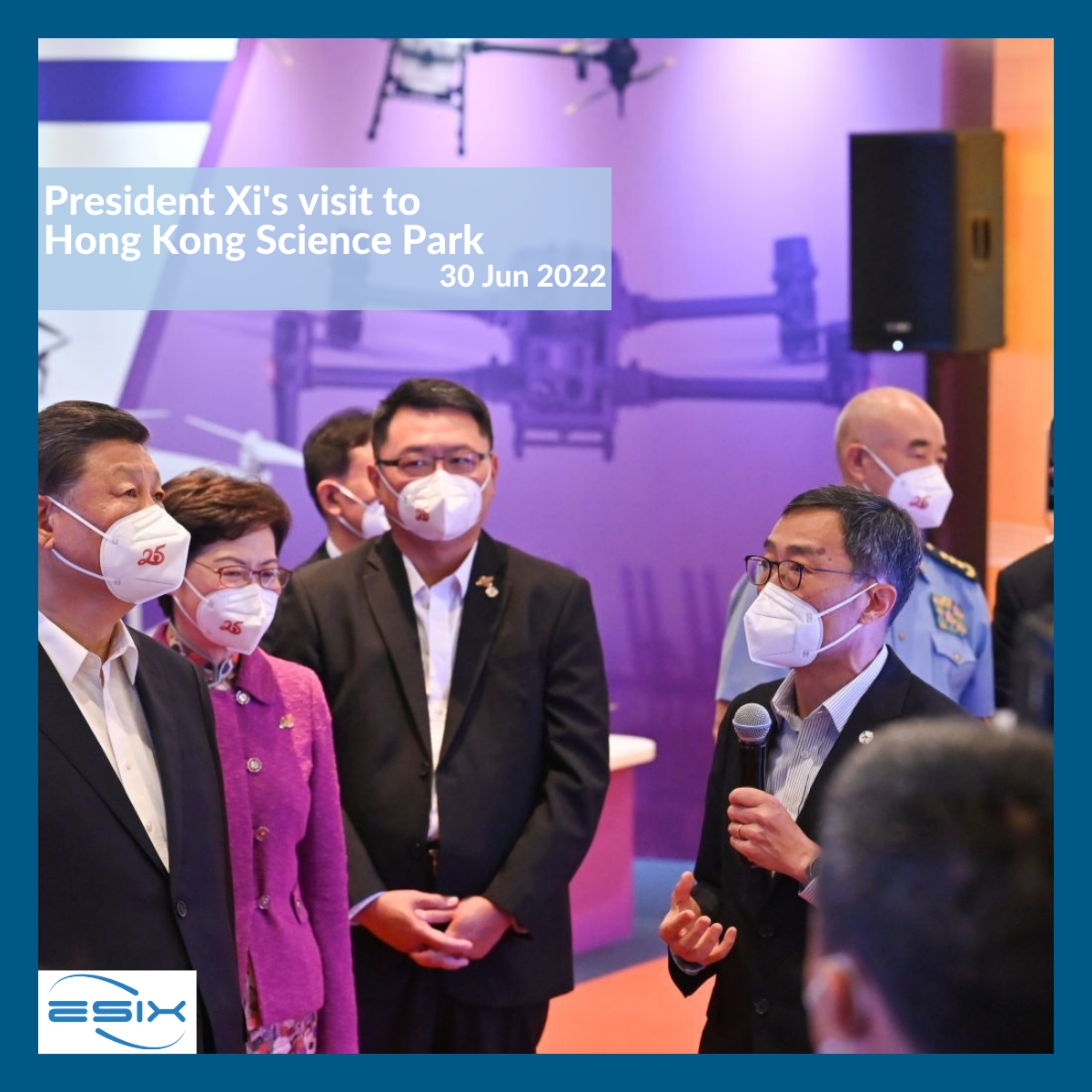 Chinese President Xi Jinping visits Hong Kong Science Park on the first day of his trip to the city.

President Xi Jinping went to the Hong Kong Science Park on the first day of his trip to the city to commemorate the 25th anniversary of the establishment of HKSAR. He viewed exhibits about research and development at HKSTP. Xi's arrived in Hong Kong on June 30, 2022, for a two-day trip. This was the first time he had left mainland China since the pandemic began.

Xi stated while touring the Hong Kong Science Park on Thursday that the Hong Kong Special Administrative Region (HKSAR) administration should fully use the role that technological innovation plays in fostering and directing economic development.

Kinson Chan, CEO of eSIX Limited, a software provider for 5G industrial applications, told the Global Times on Friday that Hong Kong's input into innovation in the past three to four years is equivalent to the past two decades and in this context the visit of President Xi on Thursday to the science park is "very encouraging and morale boosting."

Chan, whose company's products now serve major ports in the mainland, said Hong Kong has a global platform and living environment that makes it easier to attract world-class talent, adding that scientists and engineers from Pakistan and India work shoulder by shoulder in his company.

"Closing the gap with advanced Western technology requires the smartest brains from all over the world, and Hong Kong, where East meets West, could be the global platform for this job," Chan said. 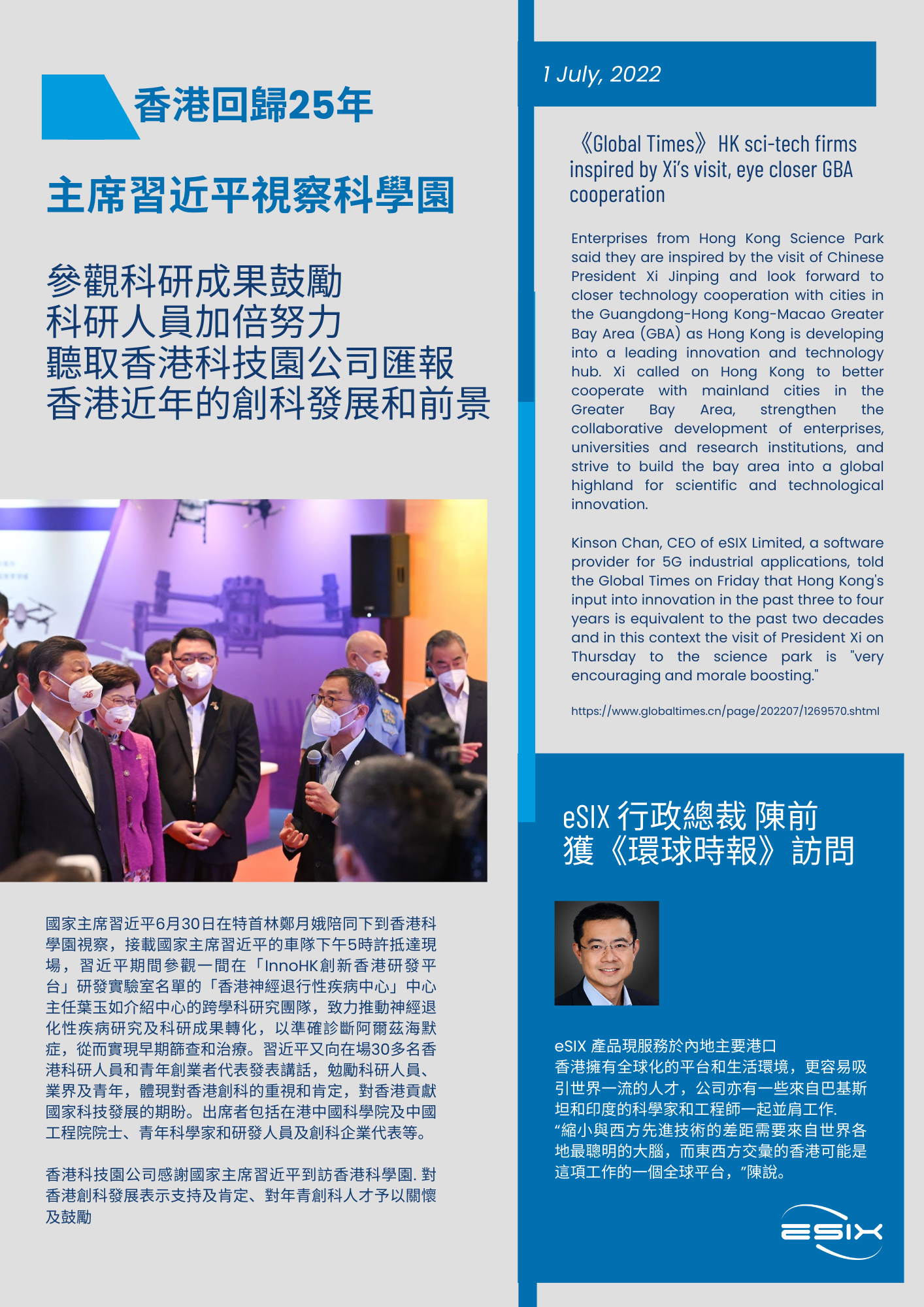